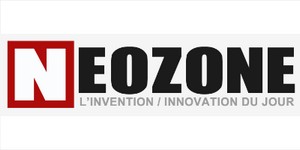 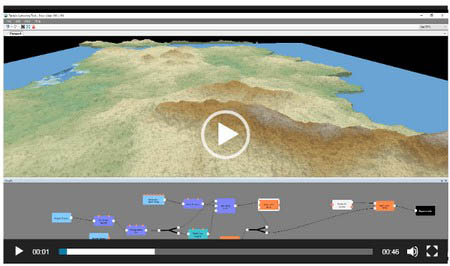 Neozone’s freelancer Jordan interviewed the Wysilab co-founders and published an article on Wysilab Instant Terra in the cinema section. Below is the transcript translated from French.

Marianne Calva and Alexis Vaisse responded very kindly to my questions about their project. The latter consists of software: Instant Terra. As its name indicates in part, it is about terrain creation. The applications are numerous and the innovation proposed by Wysilab will most likely change the performance of 3D image generation in the medium term and in the long term. Today, creating realistic digital terrains is a long process. This leads to additional delays in creation and therefore the release of the games we expect. Instant Terra revolutionizes the creation of 3D terrains with a smooth, ultra fast process regardless of the size of the terrain. The generation of very large terrains is possible and the changes made during the creation are visible in real time. I had the pleasure of asking them a few questions to learn more. 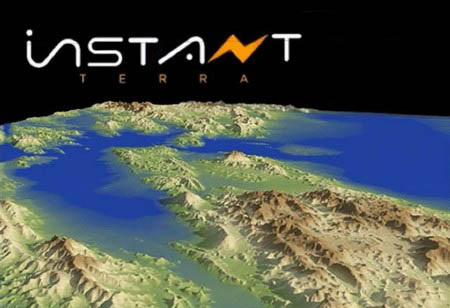 First, can you introduce Wysilab, your journey so far? How did the idea of ​​Instant Terra come to you?

We are both alumni of Ubisoft and we worked on a clothing simulation tool (Motion Cloth), and yes, it is with the use of Motion Cloth that the clothes of the last Assassin’s Creed moved. But also the flags of Far Cry 4, etc. All this came after the development of Motion Physics, the physics engine used in a dozen games at Ubisoft.

We rubbed shoulders with artists who worked on games based on a very large terrain (Steep, Ghost Recon Wildlands, to name a few).

They struggled with the existing tools because these tools were overwhelmed by the new ambitions in terms of size and realism. This regularly led to computing times of 10 hours => a whole night! To recalculate all the terrain after making a modification of a parameter. It is understandable that in these conditions, the artists had to limit their ambitions, which caused a lot of frustration.

These tools are based on a logic that limits their ability to evolve. It has become clear to us that a new generation of tools, redesigned entirely with a new approach, is needed to meet the needs. We left Ubisoft in 2016 to create Wysilab, and to develop our software based on innovative solutions. Pretty quickly, Alexis found how to optimize the computation time so that they are 10 to 20 times faster, so we could predict to recalculate a large lot in one hour instead of one night, or for a smaller field in 5 minutes instead of one hour.

That alone was already very appreciable, but it was not enough. We really wanted the artist to control what he was doing. It must be understood that the quantity of data is enormous; for the tools on the market it is mission impossible to update in real time all this mass of data on the whole terrain as and when changes made by the user.

Imagine for example in Photoshop, you make a change to the colors and you would not see the result on your entire image. It would take several minutes or hours to see if the new color suits you, and then you could continue… It would be rather painful.

Our Instant Terra software lets you update and visualize the terrain in real time just as Photoshop can see the result of each of your changes, and this, regardless of the size of the terrain up to thousands of km².

Neozone
As I understand it, this is a generation of land for several areas: the video-game industry, CGI, and VFX Studios. Can you tell us about the technology used without revealing too much?

The calculations are parallelized to the maximum. We use all the available power of the processor (CPU) and the graphics processor (GPU), optimizing their exploitation dynamically according to the configuration of the computer and resources available at any time.

But that is not enough if we do not have algorithms whose whole logic tends to optimize performance. We must therefore be very creative to find for each calculation the approach that will be the least expensive in terms of resources, without degrading the quality of the final result. A challenge every moment.

This is planned and it will be the case eventually. We can manage several levels of water to not be limited to the sea. We can have lakes at different altitudes. For waves and marine activity, no, it’s not in the scope. That said, the phenomenon of coastal erosion will be taken into account for realism. Our tool is an offline tool: it is used to generate pre-calculated data.

Imagine that one wants to model a fault, until it depth can one model with instant Terra?

The limits in the positive or negative altitudes make it possible to model without any problem all the existing reliefs on Earth, and more still.

From what I read, Instant Terra is endowed with realism and takes into account erosion. This means that if one day a video game comes out with a real periodicity, we can imagine that the sets change depending on the seasons or events such as earthquakes?

For the moment Instant Terra generates only the bare ground, so the relief. And this is not impacted by the seasons. For a staging on earthquakes, it would be necessary for the artist to make a “before earthquake” terrain then change some parameters to generate an “after earthquake” terrain.

Realism is controlled through the simulation of natural events. A digital terrain has a realistic appearance or not. Sometimes we do not know exactly why the digital terrain does not seem credible.

In real life, our landscapes are millions of years old. They have been shaped by time. They have suffered erosion and aging due to rain, snow, frost, heat. Rocks and sediments have settled in the valleys. The coasts have been eroded by the action of the waves. And all that depends on the relief, the climate, the nature of the soil …

To make a realistic digital terrain, you have to know how to make it undergo these natural aging processes, a little like a film that would be accelerated. It is the quality of the different erosion algorithms that will provide a realistic final rendering or not.

What can the ultra-fast generation of terrain (20 times faster than other systems)?

In the field of video games, there is a race for bigger and bigger fields, from hundreds to thousands of km². Divide the calculation time by 10 or 20 allows both to play obviously on the profitability (the same result is achieved faster), but also on the final quality: with the same working time, or with less time, the artist can go further in quality, further in details. He is no longer forced to compromise to limit himself to what his current tool allows him to do. Thanks to the real-time preview, the artist masters his creation and can afford to experiment without losing hours on each test. He can explore new paths and go further in his creativity. 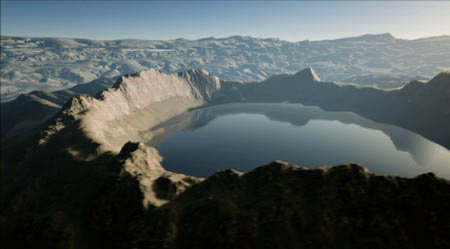 The video shows a manipulation on a field of 16k x 16k is potentially 256 km² and handling remains seamless (even though it was recorded on an undersized laptop compared to a classic PC graphic designer).

Can the terrains self-generate without developer intervention?

Instant Terra is classified as a procedural generation tool. The fields are generated from rules (dimensions, minimum and maximum heights, …). Each rule is a node, and the sequence of nodes form a graph whose result is the final terrain. A tool like Instant Terra provides dozens of possible combinable nodes, each with its parameters. Among these nodes, there are actual generation nodes, which creates a terrain from “nothing” actually from a noise applied to a surface. The Perlin noise for example, is a classic in the procedural generation. We can generate a terrain without manual intervention, but Instant Terra gives a maximum of control to the artists: one can combine one or more very detailed terrains having a significant resolution with a bigger ground and of less important resolution. Typically the action will happen in a very detailed terrain, surrounded by vast landscapes less detailed because they are far away. In addition, the artist has the possibility to define masks to control the places where the terrain will be impacted by the calculation. We can protect certain parts for which the artist wishes a total manual control outside the tool. 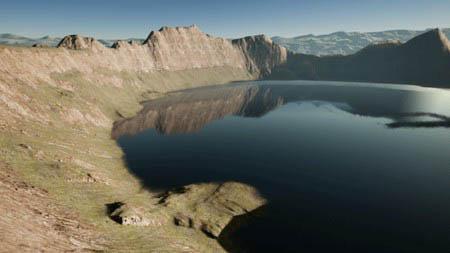 Can any PC show what Instant Terra can do?

The usual PC configuration of a graphic designer is largely enough to take advantage of all the advantages of Instant Terra.

What do you have to do for the release?

We started a private beta program in May with some large accounts who were very interested in our tool. The first feedback after the closed beta are very good. (Editor’s note: Marianne told me again recently that users are already super enthusiastic). Then we will be in public beta during the third quarter of 2017. These two stages will allow us to refine and finalize our tool before a first release scheduled for the end of the year. In particular, we have work at the interface, because we have of course started to demonstrate our performance. Now that we have the expected results, we have to work on our user interface. We absolutely want our tool to be simple and pleasant to use.

Available in 2017, in which future video games or supports will we see your engine? Do you have any leads?

Yes, but… hush! In any case, we have had promises! We hope that the results of our software will be visible in the first games or movies from 2018.

To follow your adventure and support you, what can we do?

You can follow us on social networks: Facebook, Twitter… Interested graphic designers are encouraged to use the beta version (free) as soon as it is available and to give us feedback to help us improve our offer.

Thank you very much for our exchange.

Thank you to Fabien for putting us in touch and thank you to them for sharing their project that will revolutionize certainly the digital world.