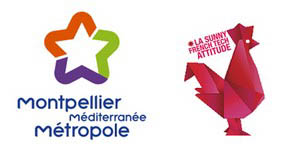 Montpellier Méditerranée Métropole, whose goal is to become most attractive metropolitan areas in France and Europe as a key area for innovation and excellence, promotes the release of Instant Terra v1.0.

Here is a translation of the French article.

Wysilab has released the first version of its Instant Terra software for video-game studios and animation studios.

Instant Terra is the first installment of a new generation of tools that allows for the rapid creation of 3D digital landscapes, supporting very large terrains that meet the new ambitions of the digital creation sectors.

Instant Terra offers some very significant advantages:
* No size limit: Terra Instant supports terrain of several thousand square kilometers.
* Real-time display: with Instant Terra, the user is able to work smoothly by viewing live the impact of his tests, allowing validation of the settings as and when the tests are made.
* Work in the final resolution: all the work is done in final resolution, so the user can master every detail of his creation at any moment.

The first commercial version is available from the Wysilab website. A free trial version valid for one month can also be downloaded from the site.