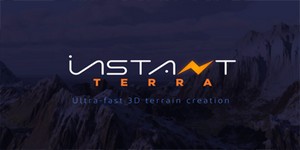 Wysilab has released Instant Terra beta version 0.6. Download it from our website and begin creating your terrains up to 8K x 8K.

Here are the main improvements since beta 0.5:

This erosion simulation version is the first step in a more complete erosion system that will be developed in a future release. It creates realistic effects by rainfall and river flows.

Using 5 presets, each one creating a different erosion and deposition result;

If you want to tweak the results of the preset you have chosen, you can adjust the four parameters available to achieve a more accurate result;

We also provide an advanced tab where you can adjust a number of internal parameters.

See our documentation on erosion simulation.

What’s next for simulation?

We have great plans for the erosion simulation. We want to provide you with the best performance and the most realistic end result. This version is only the very first step of the future complete solution. Work in progress includes:

Multi-scale erosion that will be computed several times, but on different scales starting at a very large scale and ending with smaller areas; to generate an overall effect, for example for large valleys, and to add gradually more and more details;

Using masks to set the parameters.

After these improvements, we will work on other kinds of erosion: ice, snow, and coastal erosions are in our roadmap. 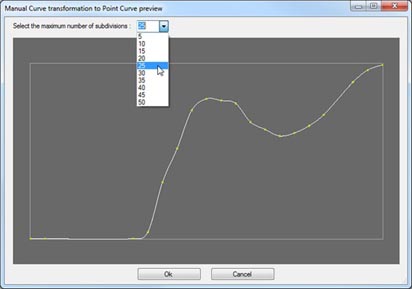 Several improvements have been made to the Curve Editor: This node modifies the terrain profile by changing the heights of all the vertices on a curve that define the terrain heights.

You can now edit your curve in Point mode (like a Bezier curve). The control points are displayed in increasing subdivisions of five, from 5 to 50 points. A higher number of control points gives you more control over the changes you make to the curve.

You can toggle between the Point and Manual modes as many times as you like and add, remove, and edit the points. When you move the mouse over the terrain, the height under the mouse is shown as green points on the curve.

See our documentation on applying curves.

Several other improvements have been made:

Name & comments: With this version, you can set a name and add comments to a node. See our documentation on nodes.