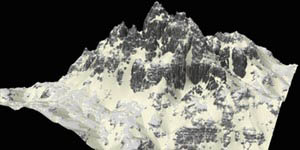 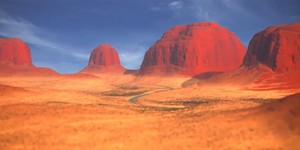 Erosion covers many naturally occurring phenomena, and different terrain types and climates will produce several different kinds of changes to a landscape. Most types of erosion dissolve material from steep slopes, transport it downhill, and then deposit it at lower altitudes. This creates paths from high altitude to lower parts of the terrain where the transported material is deposited. 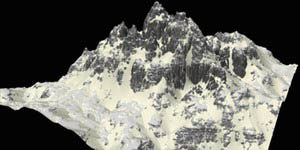 Instant Terra’s new feature simulates realistic rock erosion through a series of iterations on the entire terrain that determine the movement of sediment due to gravity. This type of geological process is sometimes referred to as thermal erosion, thermal shock, material slippage, or talus deposition. 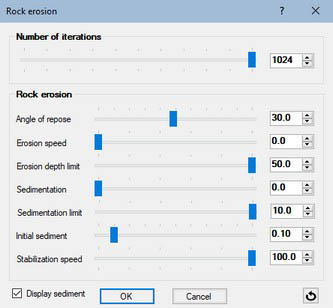 The simulation creates an accumulation of sediment at the base of crags, mountain cliffs, volcanoes, or valley shoulders due to small portions of the material from adjacent cliff faces crumbling and piling up at the bottom of an incline. Currently, increasing the number of iterations creates more erosion while decreasing the number of iterations results in less material transport.

Landforms associated with sediment accumulation are called talus deposits, or scree, and typically have a near-linear slope, where the maximum inclination corresponds to “the angle of repose” (the internal angle between the surface of the deposit and the horizontal surface). This talus angle depends on the material; for example, a classic value for sand-like sediment is 33°. Material with a low angle of repose forms flatter piles than material with a high angle of repose.

To begin a simulation, we need to decide which parts of the terrain are covered by sediment. Currently, Instant Terra transforms a fraction of the input terrain’s upper layer into sediment. This process is done uniformly across the terrain. The user can decide the quantity of rock to transform (i.e. the thickness of the sediment layer) from 0 to 100 meters. We want the user to be able to drive the initial sedimentation process non-uniformly with the help of input masks. The user will then be able to define which parts of the input terrain are initially covered by sediment and which parts are composed of hard bedrock.

One of the main advantages of our current tested implementation is its speed. It lets the user see the effect of the simulation in real time when the different parameters are modified.

We are also toying with an erosion bias parameter that influences the quantity of sediment to move (and bypass the laws of physics!) to favor more deposition or erosion.

Note that the current interface is temporary, we will make it more user-friendly at the same time as we will continue to improve our algorithms.

Check out our Development Team’s Blog and our roadmap on our website to find out other great new features and nodes in Instant Terra.