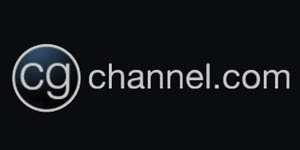 Wysilab
Instant Terra in the news
CG Channel, the community for entertainment artists, promotes the release of Instant Terra v1.2 as a fast, lightweight tool for creating terrains, particularly for real-time work.

The new node simulates the movement of sediment due to gravity: a geological process referred to as thermal erosion, thermal shock, material slippage or talus deposition.

The hydraulic erosion system also gets an update, with new presets for common types of weathering, plus the option to export the flow map generated by the simulation as a mask.

There is also a new set of Calculation nodes designed to perform basic mathematical operations; and new nodes to multiply masks or adjust their minimum and maximum values.

New output options include the ability to export normal maps in TIFF, jpg, TGA or BMP format, and to export as tiles when working with large terrains.

Improvements include the option to create and color code groups of nodes to keep a graph organized, and a new automatic backup system.