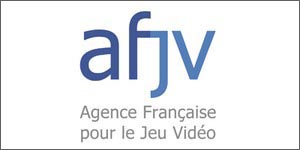 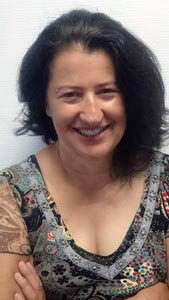 Let’s talk about innovation with… Marianne Calva from Wysilab, publisher of Instant Terra.
Interview of July 6, 2018 by rOmain Thouy in Montpellier

Third article in a series of interviews conducted on innovation management in the creative industries field (video games, animated films) in our region [note: Occitanie].

Marianne Calva is the managing director of Wysilab, a software publisher for the video game or animated film industry founded in 2017. Instant Terra, the first Wysilab software, revolutionizes the creation of 3D virtual terrains by its speed of creation, whatever their sizes! It allows you to work directly in the desired final resolution with all its details. Version 1.0 was released in February 2018. Training: DEST in Computer Science Management (CNAM) and Master Multimedia Information System (University of Picardie Jules Verne), 15 years of technical missions in IT services, and a few years as a technical writer and then as an associate producer at Ubisoft.

“I have an atypical career path for someone in the video-game industry because I’m not a Gamer.”

rOmain Thouy: Hello Marianne, first of all, how do you define innovation in your field?

Marianne Calva: Good morning. My definition of innovation is quite simple: to believe that anything is possible! For example, what Wysilab offers today [Instant Terra software] is something that seemed impossible to many people. When we promised the generation of a 32 Km x 32 Km terrain in real time, on a standard graphic designer’s PC, we were told it was impossible. So, the point of departure for innovation is precisely not to say right away, it’s impossible!”

rOmain Thouy: How is this innovation carried out in the studio?

Marianne Calva: We are just innovative: no-one has ever done nor thought of what we do. We never work just on functionalities, but rather in speed of execution because every feature of the software must run in real time. We have built a tool that does, and must do, things “very fast”. This is our main axis of innovation. And it is Alexis Vaisse who develops and embodies this innovation at Wysilab, which is essentially technological.

rOmain Thouy: Why is it so important to innovate?

Marianne Calva: To stand out! And to continue to innovate, we recently hired a researcher, a specialist in procedural terrain generation. Ninety percent of his work is devoted to innovation and it can be said that Alexis also spends 60 to 80% of his time on innovation. But each member of the team has a strong contribution to the innovation of our product. As our software is developed by an agile method, I intervene upstream in sprint planning. I participate in the overall vision of the product and I help to make the product ambitious. Finally, alongside the product owner [Alexis], I also participate in product validation.

rOmain Thouy: How do you innovate?

Marianne Calva: We do not have a particular method or process. During the sprint planning, we always plan a little time officially for research. We also try to have DoWhatYouWantDays, which are planned in our sprints and budgeted, and each person can use them freely. The principle is that each team member can take ½ to 1 day per sprint for research, without having to account for it or ask for permission to do so. For the moment, this approach is not yet very well exploited. It’s something we established at Ubisoft with teams made up of seniors: by the reporting from very experienced seniors to seniors, everyone could develop their own idea when there was a disagreement on how to achieve a feature or solve a complex problem. In Wysilab, the only senior is Alexis, so there is no context where two seniors could propose different ideas or solutions for the same need. But that will come.

rOmain Thouy: So, Marianne, can you tell me a little more?

Marianne Calva: Before we started, we made several POCs [Proof-Of-Concepts or prototypes], bigger and bigger, until we achieved a beta version in October 2017. We then offered it as a free download on our website. This version has been downloaded more than 2000 times. The goal was to get feedback, but we had very little in the end. It may be related to a certain privacy culture that exists in the studios. As a result, we did things differently, and we recently conducted a more focused survey to get more relevant feedback.

Our first target is the big studios to which we proposed a customized version, and we were able to work directly with them afterwards. Our second target is for small studios, artists, and freelance developers. We also needed to have feedback on the installation and behavior of the software on different computer configurations, to identify those on which there were problems.

Our software allows us to receive reports of errors, crashes, and installation problems. Now, to evolve our software, we continue to realize POCs, dedicated to very complex problems: for example, at the moment, we are working on terrain erosion features. We are also monitoring our direct competitors and evolving our innovation process.

It is clear that we are very well positioned for the moment because we are the only ones to create terrains as big, so fast, and of such good quality. And our team has been strengthened with the arrival of the researcher we recruited recently. He participates in conferences, he has his network of researchers working in the same field, and he has found us articles on the subject that are poorly referenced, and that we would have struggled to find alone.

Marianne Calva: The innovation is fundamentally there: the team is hyper-stimulated by the purpose of our software and the fact that it will be deployed in all major studios; it’s really exciting! This excitement drives innovation for everyone! The Wysilabians are not blinkered and we all think that everything is tempting and possible! Now, it is true that we would like to be able to invest even more time on innovation, but as we are a young start up, we must above all ensure our revenue and therefore develop features to offer quickly a more developed product.

rOmain Thouy: Any scoops in the near future?

Marianne Calva: All our scoops are sealed by the confidentiality agreements signed with our customers and future customers. We would like to say more! What we can say is that we will release version 1.3 in November, which will offer several features that are highly expected from major studios, but also smaller ones, and we strongly believe that it will generate major interest. To keep up to date, subscribe to our newsletter.

rOmain Thouy: Thank you Marianne for sharing your vision of innovation. We wish you the best in the future!